I am Sergey "geyser" Meshkov, born 1980, living in France as of 2020. After several years working on 3D projects in my spare time, I am looking to specialize in humanoid animation in particular and indie game development in general. Below you will find highlights of my 3D projects - present, past and future.

Things I Can Do

First off, I have been rather successful as a reverse engineer, contributing to the moddability of my #1 favorite game, Oni (2001, Bungie). Documenting the storage format of all of the game's data - from 3D meshes, animations, sounds and images, to level mechanics, navigation and AI settings, was an edifying experience. I am currently maintaining OniSplit, the conversion tool at the core of Oni modding.

Apart from Oni modding, I have also been able to extract model and animation data from Oni's abandoned sequel (Oni 2), and even dabbled in older games (for example, I figured out the model/texture format of GUNNM: Martian Memory, a PSX game based on Yukito Kishiro's Battle Angel). Basically, staring at raw binary data does not scare me.

After a hard reboot of my hobby projects, I have spent some time looking at generic humanoid modeling, debugging such tools as MakeHuman and ManuelBastioniLab. I have also worked on some non-trivial features for bipedal locomotion (a foot IK logic that automatically adds toe flexion, and a locomotion blending scheme that rules out leg-through-leg clipping during sudden direction changes). 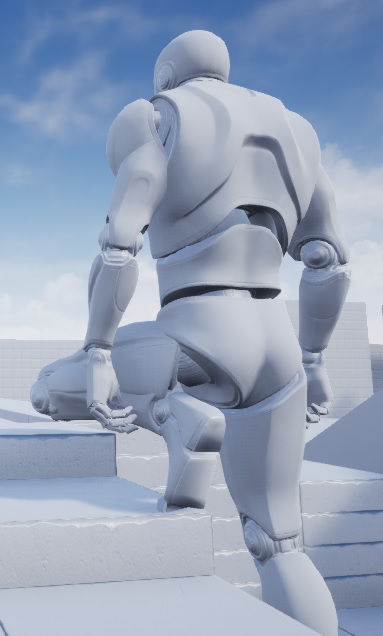 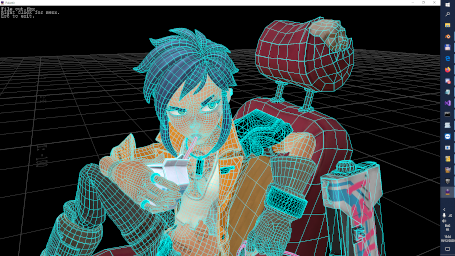 Recently I have focused on the FBX interchange format, and designed some conversion tools intended for general use. One is a Mixamo-to-UE4 converter, which makes Mixamo's animations directly available for Unreal Engine's Mannequin. Another (work in progress) is a SketchFab converter that can generate an FBX from online-viewable OSGJS (OpenSceneGraph/json) scenes.

Last but not least, I am working on a "4D minigame" where you can explore strange worlds with counterintuitive gravity and topology. Essentially "Escherade" is going to be a tribute to M. C. Escher that lets you view all of Escher's works while walking on walls and ceilings, along with a fully immersive exploration of Tetrahedral Planetoid, Double Planetoid, Relativity, House of Stairs, etc.